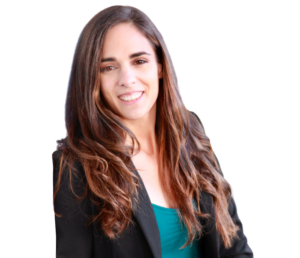 Meet Our Democratic Candidate for DE 26

Kelly Williams Maresca has resided in Newark Delaware with her family for 11+ years. Kelly is the mother of a fun-loving seven-year-old, and the wife of a law enforcement officer who leads a unit that recovers critically missing children. As a caregiver for her mostly nonverbal Autistic brother, Kelly remains deeply embedded within the disability community and committed to being a voice for those who do not have one.

Kelly is an accomplished Social Entrepreneur and the Founder of Noble Territory based out of Newark Delaware. As a Social Entrepreneur, Kelly remains dedicated to developing, funding, and supporting solutions that directly address social and economic issues while having a positive impact on the community. Kelly is a firm believer that you should not only love what you do, but do it with purpose.

Kelly formed Noble Territory in 2014 to address the high unemployment rates amongst Gulf War-era II Veterans. Noble Territory’s primary mission is to enhance the quality of life of citizens by connecting them with a variety of personal and professional development opportunities. Noble Territory is most recognized for partnering with organizations to host hiring and networking events in support of the Veteran and Intelligence communities. Since forming Noble Territory, Kelly has cosponsored more than 500 events that have helped break down search and recruitment barriers and strengthen labor-management relationships across the country. Kelly’s accomplishments have been formally recognized by Delaware Today Magazine as a Top Women in Business Honoree in 2019, and by the Delaware Business Times as a 40 Under 40 Honoree in 2018.

Kelly gained her exposure to Veterans and the challenges that they face after military service while working for the Department of Defense as an Army civilian, where she received several formal recognitions for judiciously executing her roles on multimillion dollar defense contracts – leading efforts as an Acquisition Manager, Contracting Officer, Logistics Manager, and Lead Technical Writer.

Kelly’s work within the Veteran community has directly influenced her involvement in legislative affairs. For over six years Kelly has worked diligently with advocacy groups, legislators, and national subject matter experts to advance legislative reforms to address social and economic inequalities at both the state and federal level. As a result, Kelly has been regarded as a resourceful community leader and a catalyst for change.

Kelly currently serves as a Board Member at the Bear-Glasgow YMCA, Committee Member for the Delaware Democratic Party’s 26th Representative District, and Board Member of Gray Acres Maintenance Corporation. Kelly also volunteers as a Youth Sports Coach at the YMCA, NCC Parks & Recreation, and MOT Youth Football League.

Kelly received her undergraduate degree from Rider University in Political Science and Global Multinational Studies. She later earned her master’s degree in Business Administration from Clarion University, with a focus on organizational leadership and program management. During her government career, Kelly also earned professional certifications from Defense Acquisition University and Army Logistics University.